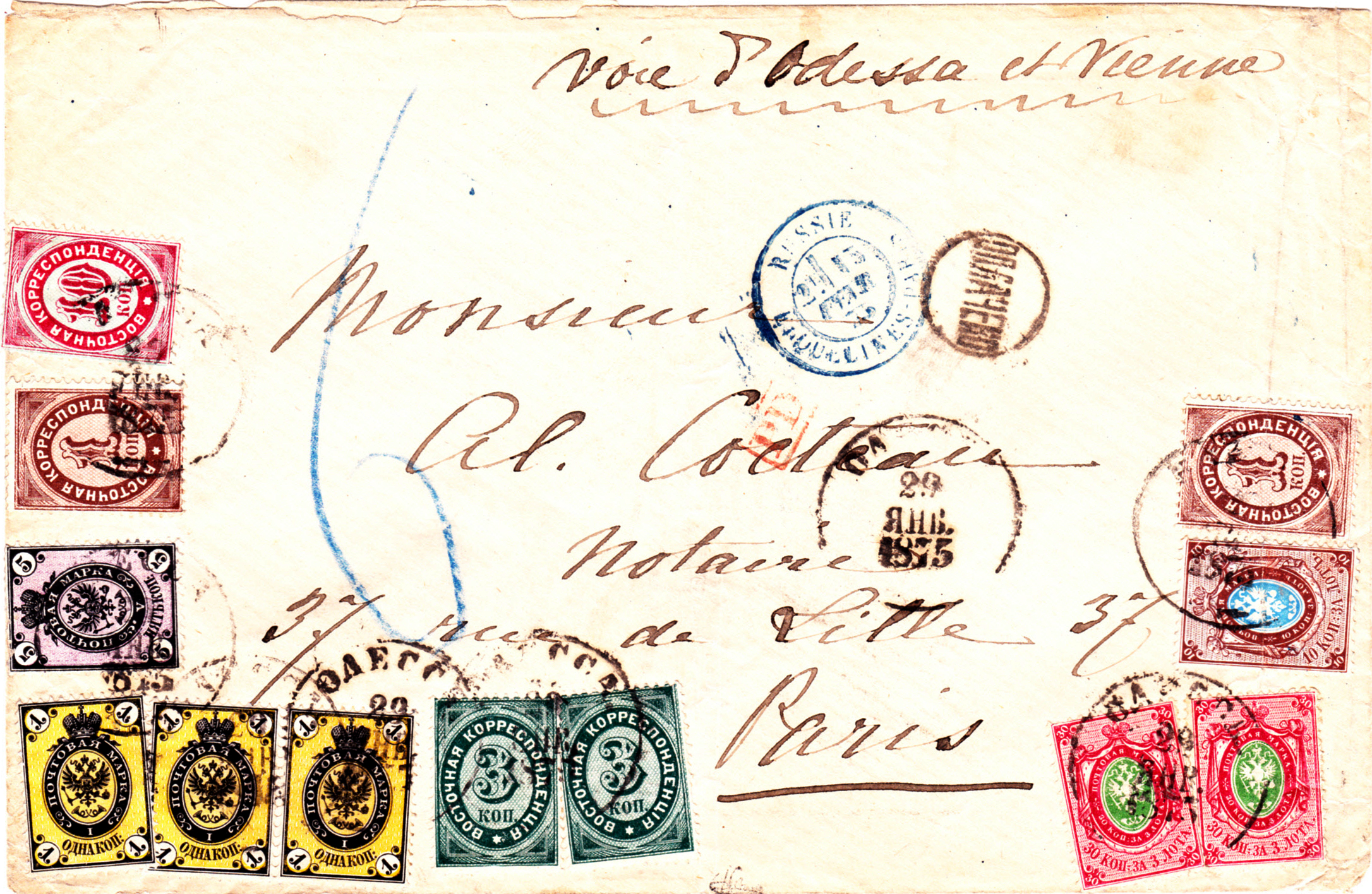 Illustrated above is one of the largest mixed frankings of Russia and Russian Levant stamps on a sixfold-weight cover from Constantinople to Paris/France. A star item in our next Le Timbre Classique auction in Geneva/Switzerland scheduled for December 9-11, 2020.
Russia was one of six European countries – the others being Austria, France, Great Britain, Germany and Italy, which had been granted the right to operate post offices within the Ottoman Empire. The earliest mail service between St.Petersburg and Constantinople consisted of diplomatic pouches carried from 1721 on. The Treaty of Kucuk Kavnarca in 1774 enabled Russia to establish a regular mail service, for which a consular post office was established in Constantinople. In 1779 a regular mail boat service was established between Constantinople and Kherson. Later, with the establishment of the Russian Steam Navigation and Trading Company (ROPIT) in 1856, mail from different offices were funnelled through the town of Odessa on the Black Sea. The first handstamps date back to 1830 and the first stamps were issued in 1863 when the ROPIT offices received a status equivalent to the regular Russian post-offices. The system came to an end with the Treaty of Lausanne in 1923.